Grasshoppers probably don’t come to mind when you think about grabbing a quick snack, unless you live in certain areas of Mexico and Central America. The actual name of the Chapulines is plural for Chapulín and is a byproduct of the Mexican culture. 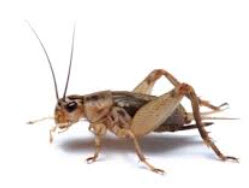 There are records from the early Spanish conquistadors in 16th century mentioning consuming grasshoppers, but as of late they have really become popular as a bit of a delicacy in gourmet Mexican dining.

According to entomophagy, the world should be concentrating on converting from animal protein to insect protein. Studies show that it is gentler to the environment to eat insects due to the amount of food it takes to harvest them compared to the typical beef or pork that is consumed. For instance, it takes several pounds of feed for a pig to produce just a few pounds of pork.

In Mexico and Central America, Chapulines are extremely popular and plentiful. The region of Mexico called Oaxaca is where most of the demand for chapulines resides. In and around Mexico City, there is also a strong demand for the insect.

It has been recorded that 350,000 tons of chapulines reside on Mexican crops every year, so there is certainly enough supply to meet the demand. The difficulty in finding them is in the harvesting and processing of the grasshoppers. They love and thrive on a diet of alfalfa. Many farmers grow the plant strictly for harvesting the bugs.

The Chapulín catchers or harvesters are in compliance when gathering on Chapulín alfalfa farms. But most of the harvesting is done while trespassing on farmland completely uninterested in the cash crop of grasshoppers. Because of the lack of oversight in this industry, there is a tendency for the bugs to be more expensive than pork or beef.

Most of the time chapulines are sprinkled with lime juice, a bit of agave worm salt, garlic and dusted with Chili powder, then toasted and served. They can be killed by putting them in the freezer for a more humane way of preparing them, prior to toasting.

They are sometimes ground up and put into a spicy powder for flavoring. They are used in alcoholic beverages. And let’s not forget the ground up grasshoppers used as an ingredient in salsas. Of course one of the most common ways to eat a Chapulín is to just pop one in your mouth as a tasty snack, similar to sunflower seeds.

If you can tolerate the idea, insects pack a punch as far as protein is concerned. Chapulines are actually one of the types of insects high in protein but low in fat. Most of the popular edible insects are high in fat, making this one a healthier option.

Low in sugar and fat, chapulines are high in zinc, iron, fiber and calcium. They could be considered a superfood of sorts, giving you excellent nutrition in a tiny, crunchy package.